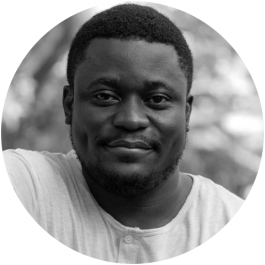 Poet. Philosopher. Psychologist. Professor. Passionate about the Preposterous. Bayo Akomolafe (PhD) changes diapers, loves ghee dosas with coconut chutney, and is ecstatically in love with his 6 year old daughter, Alethea, and 2 year old son, Kyah. He is the grateful life-partner of Ijeoma, author of These Wilds Beyond our Fences: Letters to my Daughter on Humanity’s Search for Home (North Atlantic Books, 2017), and Chief Curator of The Emergence Network, a postactivism project concerned with responsiveness in precarious times. 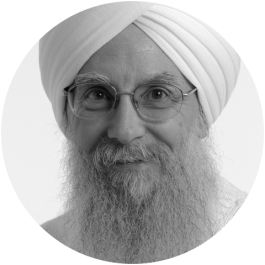 Sat Bir Singh Khalsa's major focus of his research interest lies in the field of Mind-Body Medicine. Specifically, he is interested in the evaluation of the clinical effectiveness and basic psychophysiological mechanisms underlying the practice of yoga and meditation techniques.
A certified Kundalini Yoga instructor and director of research for the Kundalini Research Institute, he is an Assistant Professor of medicine at Harvard Medical School who has practiced a yogic lifestyle for more than 40 years. Also: Director of Yoga Research for the Yoga Alliance, Research Associate at the Benson Henry Institute for Mind Body Medicine, Research Affiliate of the Osher Center for Integrative Medicine.
For more than a decade, Sat Bir Singh Khalsa has conducted clinical research trials evaluating yoga treatments for insomnia, addiction, back pain, anxiety disorders, post-traumatic stress disorder, and chronic stress, and operated a yoga program in public schools to determine benefits in mental health in adolescents. 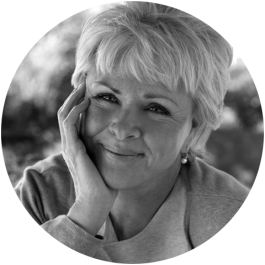 The most inspiring, clear visioned, and helpful person we have ever met. A wonder force of nature. Her The Work practice of inquiry reaches around the globe supporting millions of people since 30 years, in their process of becoming more connected loving human beings. Now more than ever, it's time to discover the source of our fears and suffering, to free ourselves of the stories and beliefs that hold us back. Rediscovering the ability of diving into every moment, as it would be the first or the last. 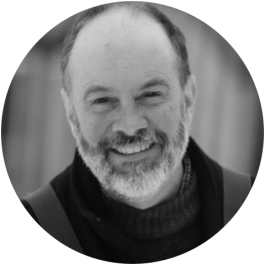 Philip Ackerman-Leist is an author, farmer and educator. He has spent the past 35 years exploring sustainable agricultural practices both with his students and his family, framing his teaching and academic research with farming experiences in the Alps, North Carolina, and Vermont. He is the author of "A Precautionary Tale: How One Small Town Banned Pesticides, Preserved its Food Heritage, and Inspired a Movement"; "Rebuilding the Foodshed: How to Create Local, Sustainable, and Secure Food Systems"; and "Up Tunket Road: The Education of a Modern Homesteader". He is the Dean of Professional Studies at the School of the New American Farmstead at Sterling College in Vermont, nestled in the northeastern corner of the United States. 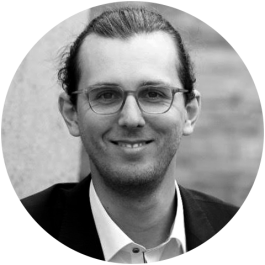 At the invitation of a Kogi elder, he spent several months with the indigenous people in Colombia, who asked him to write the book Kogi - How an indigenous community inspires our modern world. Born in 1989, Lucas spent a year in South America after graduating from school in England and worked in Peru and Venezuela. He completed his studies with a master's degree in peace and conflict studies. He is currently co-directing the cinema documentary Success, which shows successful and inspiring examples of a new living understanding of success. 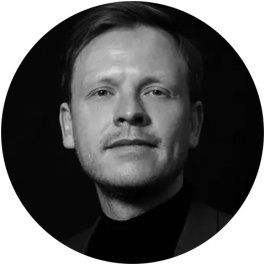 Calling in the next phase of Enlightenment — We need a Metaphysical Pandemic. The German philosopher speaks up in difficult times. He holds the chair of epistemology, philosophy of modern times and the present at the University of Bonn. He heads the International Center for Philosophy NRW and the Center for Science and Thought. He became known as the founder of New Realism with books such as “Why the World Does Not Exist”, “I Am Not Brain” and “The Sense of Thought”. He just finished his new book entitled “Moral Progress in Dark Times”. 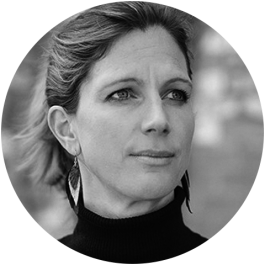 Maja Göpel is a German political economist, transformation researcher, expert in sustainability science and the general secretary of the Scientific Advisory Board of the Federal Government on Global Change (WBGU). She holds a PhD in political economy, a diploma in media/communication and is professor at Leuphana University, member of the Club or Rome, the World Future Council, the Balaton Group and Fellow of the Progressive Zentrum in Berlin.

A Kundalini spiritual power woman, Guru Jagat operates on a higher vibration. To connect to the universal forces inside us all, while interconnecting the frequencies that empower us communally, is her path. She is the Founder of RA MA INSTITUTE for Applied Yogic Science and RA MA TV. 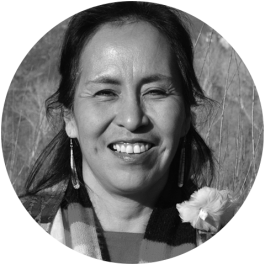 a.k.a Weyakpa Najin Win, Woman Stands Shining, is an international voice for global peace, a healer and speaker of the Diné / Navajo people. She draws upon the Indigenous sciences of Thriving Life to reframe questions about sustainability and balance, and is devoted to supporting the next generations Women’s Nation and Men’s Nation, in being functional members of the “Hoop of Life”. 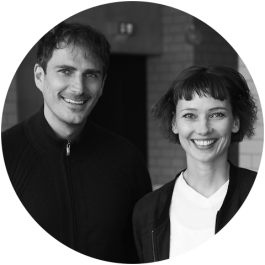 The Michelberger is a constantly developing modern family company, a collective creation, a lifelong experiment. A hotel as the sum of its parts. A place where people meet. The hotel is the base for exploring new possibilities — be it music, spirits made from old recipes, the favourite drink coconut water — Fountain of Youth — or the Michelberger Farm in Brandenburg, from which the Michelberger restaurant is supplied with regional, home-grown products. Nadine & Tom stand for a world in which people are free, think and act as independently as possible. While at same time taking personal responsibility for the world inside and outside. 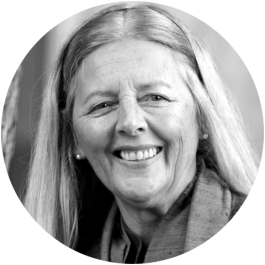 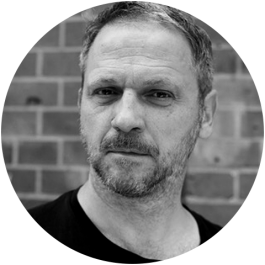 Matthias co-founded Tresor, underground nightclub in Berlin and record label, back in 1991. Since then, Matthias has experienced and shaped Berlin's subculture, the "urbane Stadtkultur". He is currently drawing attention to the threat Berlin’s cultural diversity is facing by mobilizing Berliners to act and design a new future of the German capital. 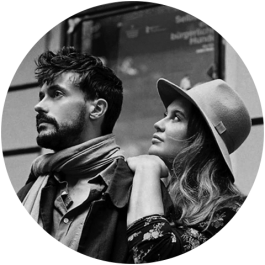 A collaborating multidisciplinary artist duo working as independent filmmakers and sound-explorers, together they produce ethnographic experimental films and music recordings, creative direction and curation, based on material collected from their numerous travels.

Filmmaker, photographer and writer, member of the Society of French, Priscilla's passion for the exploration of ancient cultures led Telmon to direct films and documentaries, to write books and articles and to collaborate with TV Channels, radios and museums. Priscilla directed expeditions on nomadism, environment and rituals. 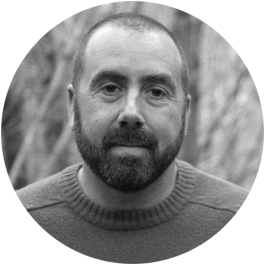 Multi-faceted storyteller using film, music and writing as medium, Emmanuel delves into ecology, spirituality and culture. He is an Emmy nominated filmmaker, composer, and a Naqshbandi Sufi teacher. His work has been featured on National Geographic, PBS’s POV, The New York Times Op-Docs, The New Yorker, The Atlantic, Outside Magazine, Within, exhibited at The Smithsonian and screened at festivals and theaters worldwide. He has directed numerous award winning films including Earthrise, The Atomic Tree, Sanctuaries of Silence, Marie’s Dictionary, Isle de Jean Charles, Yukon Kings, Soleá, Elemental, Barrio de Paz and What Would it Look Like. He is the founder and executive editor of Emergence Magazine, a quarterly publication exploring the threads connecting ecology, culture and spirituality. 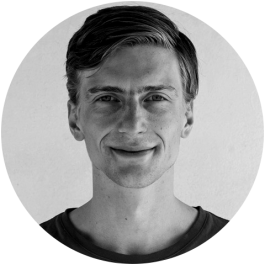 Networker, writer and the leader of Tamera’s Institute for Global Peacework. Born in Dresden, Germany, in 1990, Winiecki has been politically engaged since his early youth. In 2006, he took a break from school to join Tamera’s Monte Cerro Peace Education. After a year, he decided to finish 3 years of peace studies in Tamera, rather than returning to a conventional education path. His training included traveling to crisis areas, taking part in the “Grace Pilgrimages” to the Middle East and Colombia. Since 2008, he has worked with with the Institute for Global Peacework, helping to establish a global network for Tamera. 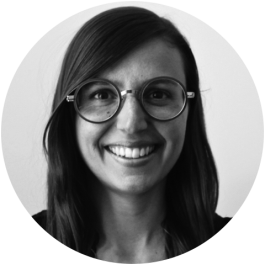 Solène Wolff is a Berlin-based researcher and environmentalist, working in the field of sustainability. Her research focuses on strategies for a climate positive architecture, regenerative future and ecology. She consults on these topics within international organisations and at conferences. She co-founded Plane-Site, a content and communication agency focused on the built environment and its users, and also created Highvisioned, a platform fostering dialogue on circularity and sustainability.